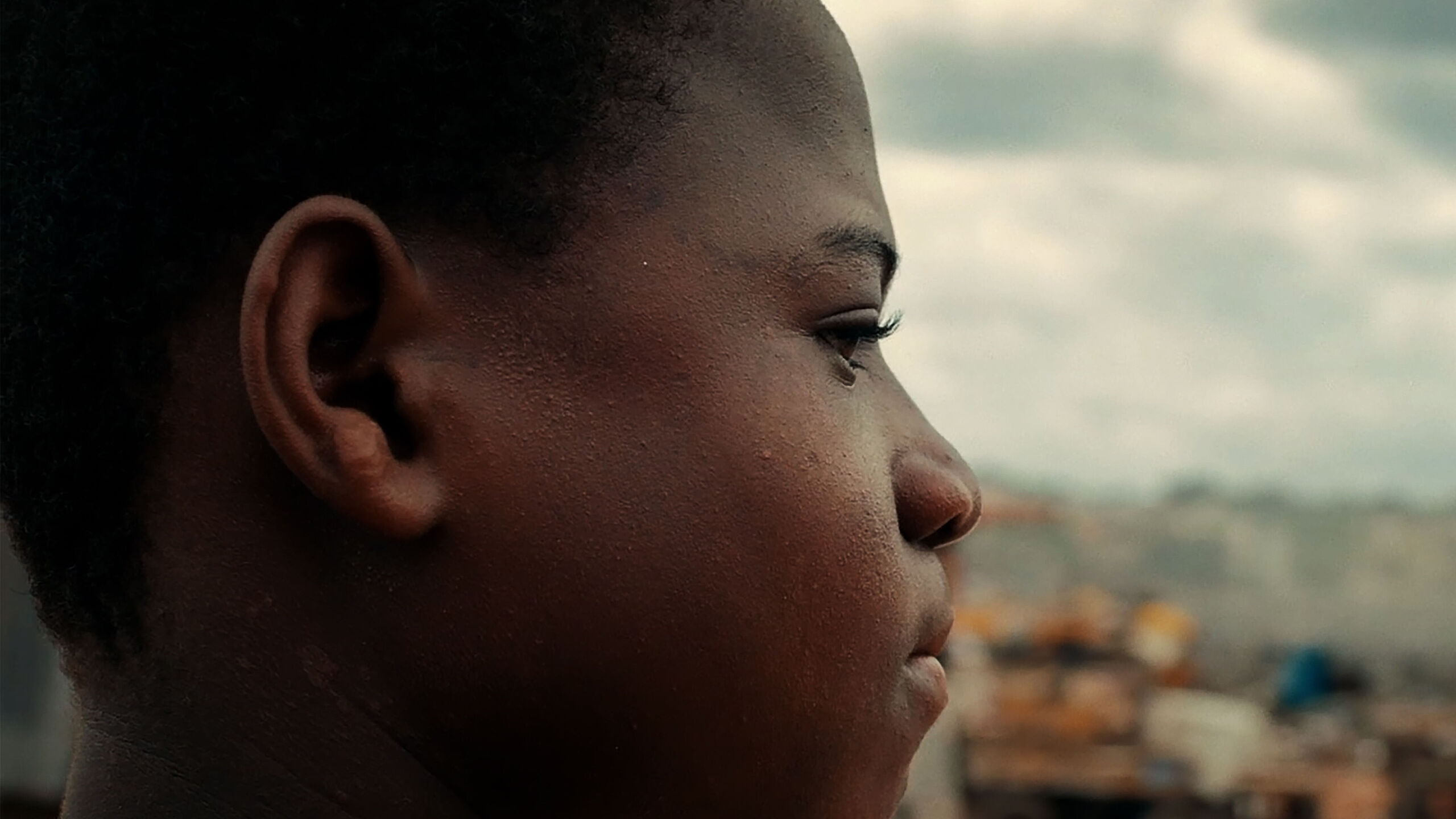 There is a great desire for diversity and equal opportunities in our everyday lives. However, the reality – especially in the working environment – looks different. So far, but now things are starting to move: in companies but also in the public perception. The issue of social sus tainability needs to be stepped up, too. Where do the film industry and MFG Film Funding stand in this debates?
Text: Alexandra Leibfried, Katrin Sikora, Lena Schwäcke

In early August, the association in charge of awarding the Golden Globes announced reforms in its own ranks. In the future, the board of journalists determining the trophies is to be more diverse. Amazon, too, has announced new guidelines for its Amazon Studios. The aim is to make production series and films more authentic by giving parts to actors and actresses “whose identity (gender, gender identity, nationality, ethnicity, sexual orientation, disability) matches that of the characters they play.”
There is also movement on a political level. For the Cannes Film Festival, the European Commission has started promoting diversity and inclusion in the media industry. CharactHer – the name of the campaign – is set to encourage marginalized groups, especially young women, via female role models.
In February 2021, the cover of the SZ-Magazin also gained attention in the media. Here, 185 actors and actresses of all age groups showed their faces to emphasize: “We are actresses and actors and identify as lesbian, gay, bi, trans*, queer, inter, and non-binary, among other things. Up until now, we couldn’t deal with our private lives publicly without having to fear consequences in our jobs.”

MFG’S FINANCIAL SUPPORT FOR A STUDY ON “DIVERSITY IN FILM”

The fact that change cannot solely be demanded but has to be practiced, too, became evident in the results of a comprehensive study funded by the MFG Baden-Württemberg and carried out by the alliance »Vielfalt im Film« (“Diversity in Film”) from July until October. More than 6,000 people working in the industry took part in the online survey. In this way and for the first time, extensive data about personal experiences regarding diversity and discrimination in front of and behind the cameras is on record. The results clarify that discrimination can be found everywhere in the German film industry and that the participation of people in the industry relating to different diversity forms is limited.
For example: 8 out of 10 Cis-women who were interviewed (N = 2,587) stated they had experienced work-related sexual harassment in the last two years, a considerable proportion of them even at multiple times (73%). Or: about four out of ten participating film professionals of the LGBTQ+ community are only rarely or never open about their sexual orientation (40%) and/or gender identity (34%) in the work environment – also due to the fear of negative consequences in their career.

This survey was essential to contain discrimination in the long run. Those who were interviewed are convinced of that. Moreover, they provide valid numbers that can solidify and justify changes.
“It doesn’t work with just goodwill. It solely works with a quota – if only to question the normal and automatic processes,” states actor TYRON RICKETTS in an interview with FilmFacts. The Berlin-based son of an Austrian mother and a Jamaican father wants to contribute to more diversity through his own commitment. “I made a virtue of necessity: due to the lack of good role offers and other stories, I re activated my own production company ‘Panthertainment.’ We produce stories with a focus on PoC. We aim to create alternatives to the Euro-centric perspective, too.”
Author, filmmaker, and director YILMAZ ASLAN is in favor of a quota but expresses concerns: “The quota is a wonderful instrument with no alternative to point out deficits to people and sensibilize them, so that we’ll hopefully have achieved equal rights one day. But in return it bears the risk of reducing people to one unique feature.” In the future, committing to diversity must be voluntary, without compulsion, he says.

Companies must act visibly – even without quotas. The MFG Film Funding is currently setting a clear example as the supervisory board has agreed to the following procedure: future MFG juries involved in funding decisions must be competent and of equal gender representation but also explicitly more diverse. The MFG and the supervisory board aim at representing and including the various social groups, for example BIPoC. Furthermore, the MFG commits to the WIN Charta and economic, ecologic, and social responsi bility with a sustainable management system.

However, the MFG objects to guidelines that are too strict. We don’t think that social change can be forced from the outside, for instance through strict obligations or checklists. Instead, we encourage targeted information and education, decidedly welcoming topics and projects that move closer towards more diversity in the design of applications.
Especially the latest projects funded by the MFG show that this stance bears fruit and subject matters beyond the mainstream prove successful. The film “Borga” by director YORK-FABIAN RAABE and “Dear Future Children” by director FRANZ BÖHM.

The MFG Baden-Württemberg has taken the path toward more diversity and plurality in film, and – with the approval of the supervisory board – has currently made changes regarding diversity in the jury procedures for funding decisions. The MFG aims at continuous improvement and supports forerunners with the respective offers. A study like “Vielfalt im Film” (“Diversity in Film”) shows where the industry should go in the long term – with ambitious support. However, from the MFG’s perspective this should happen by conviction. 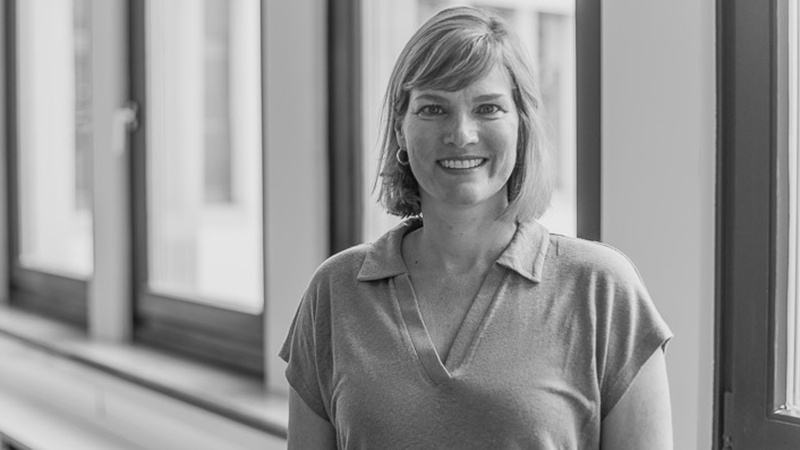 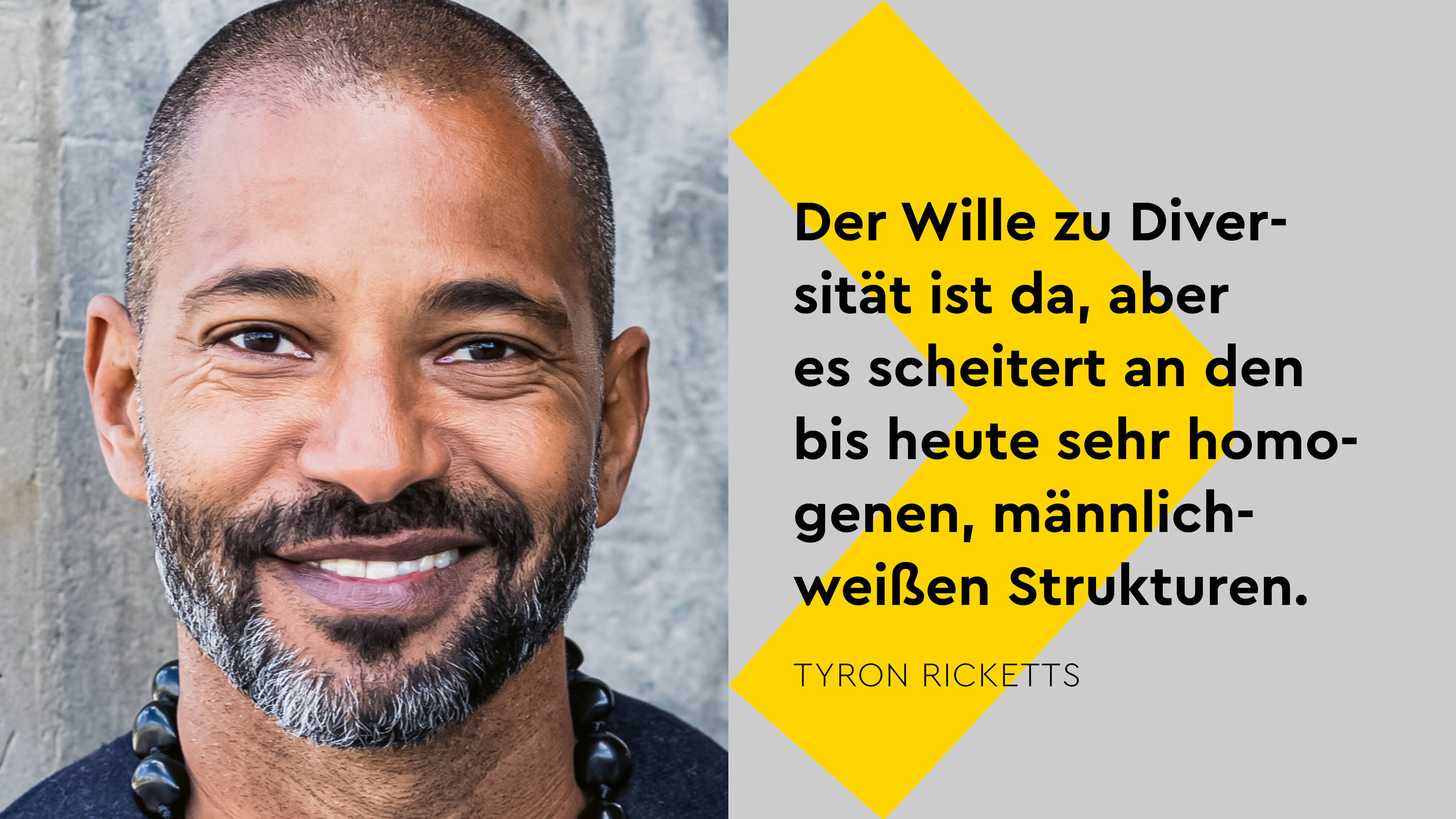 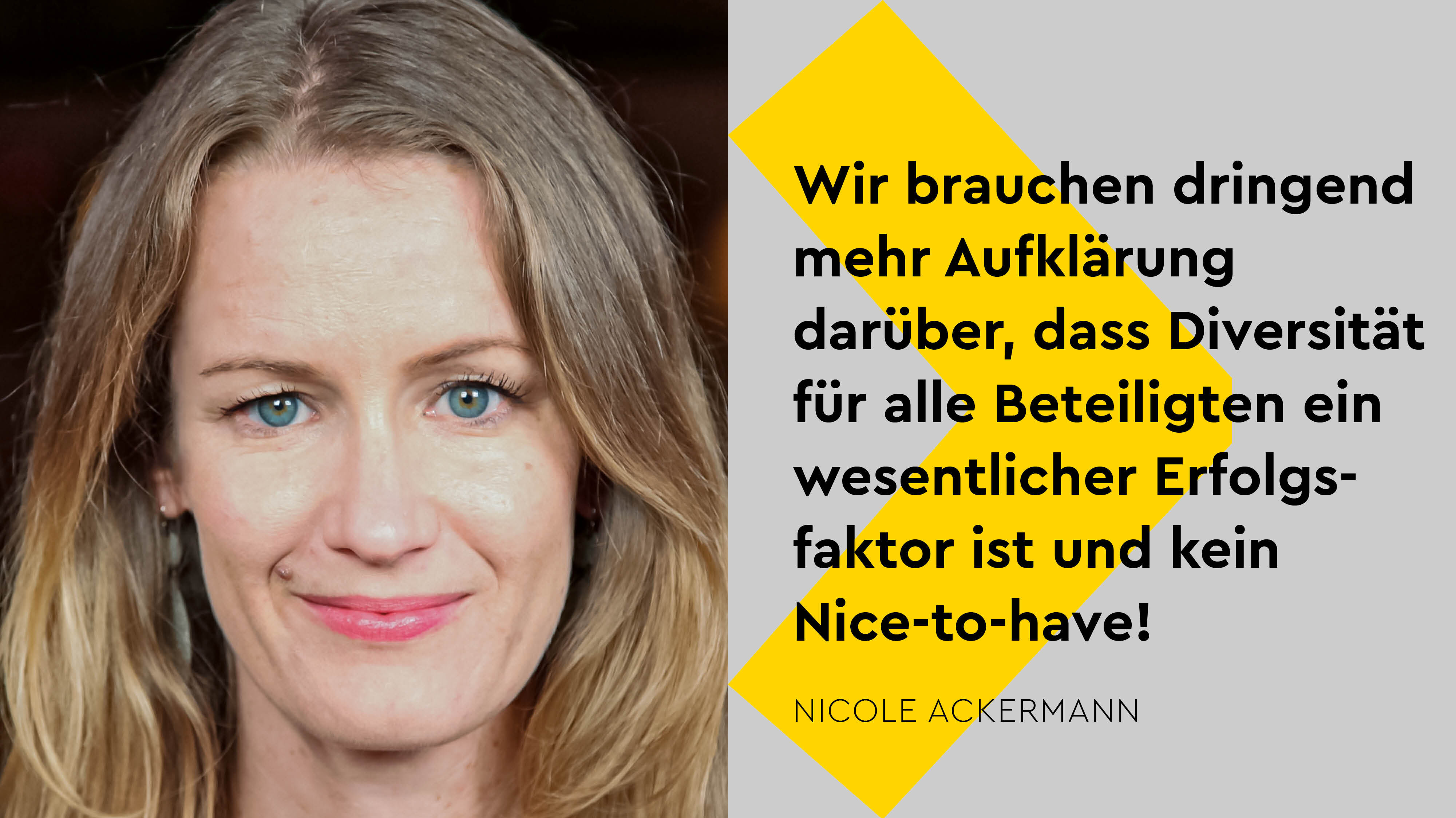 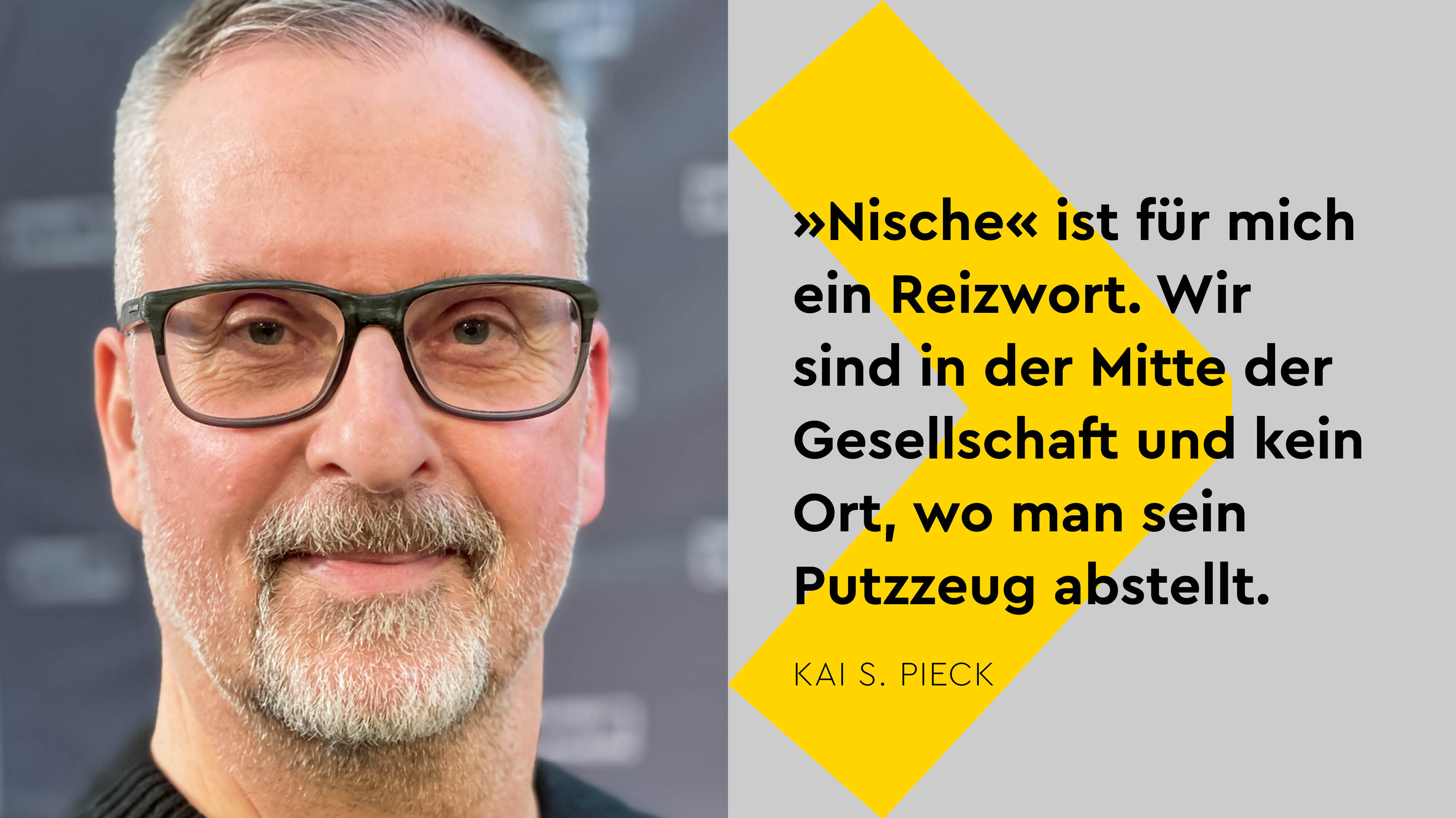 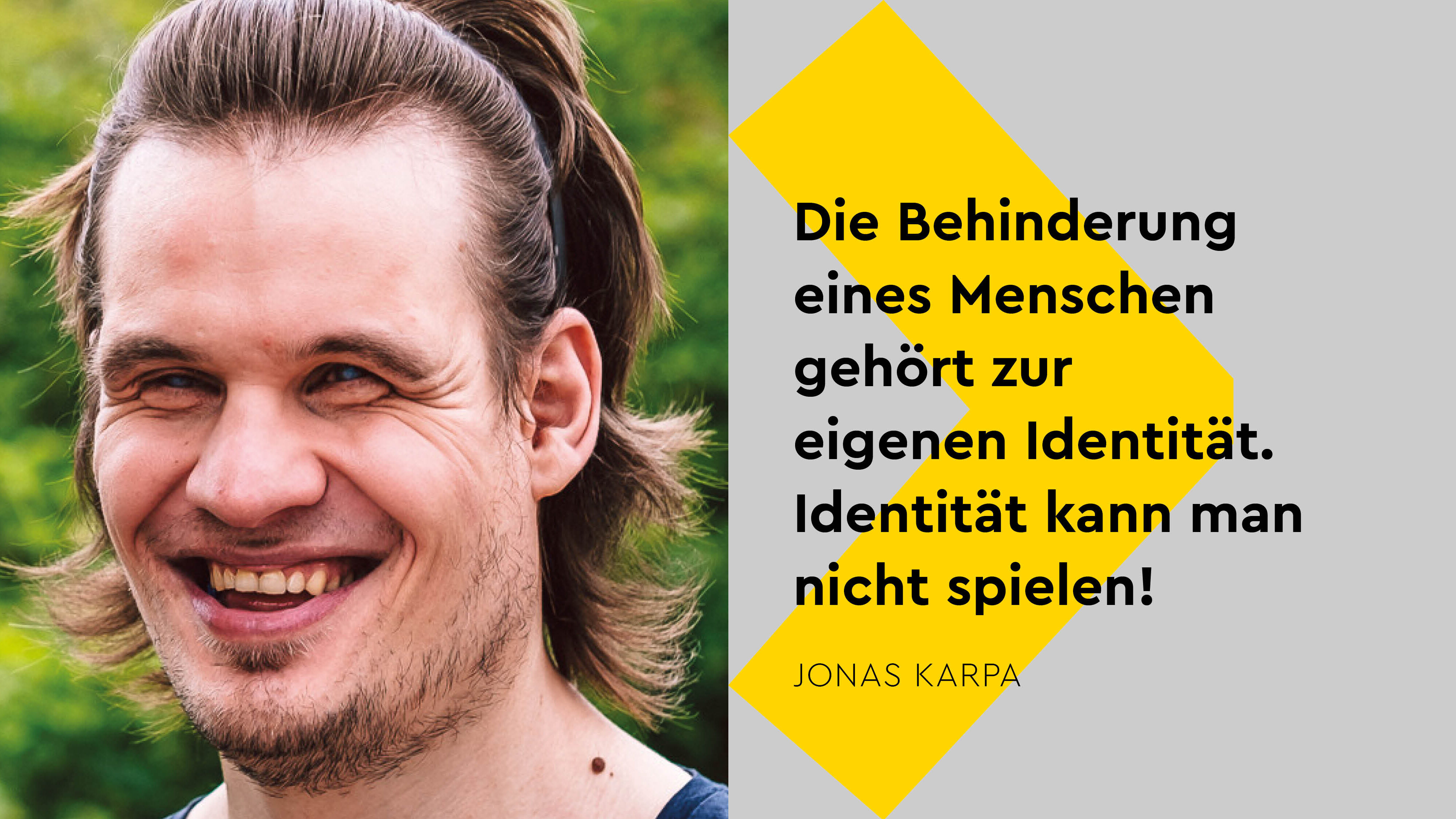 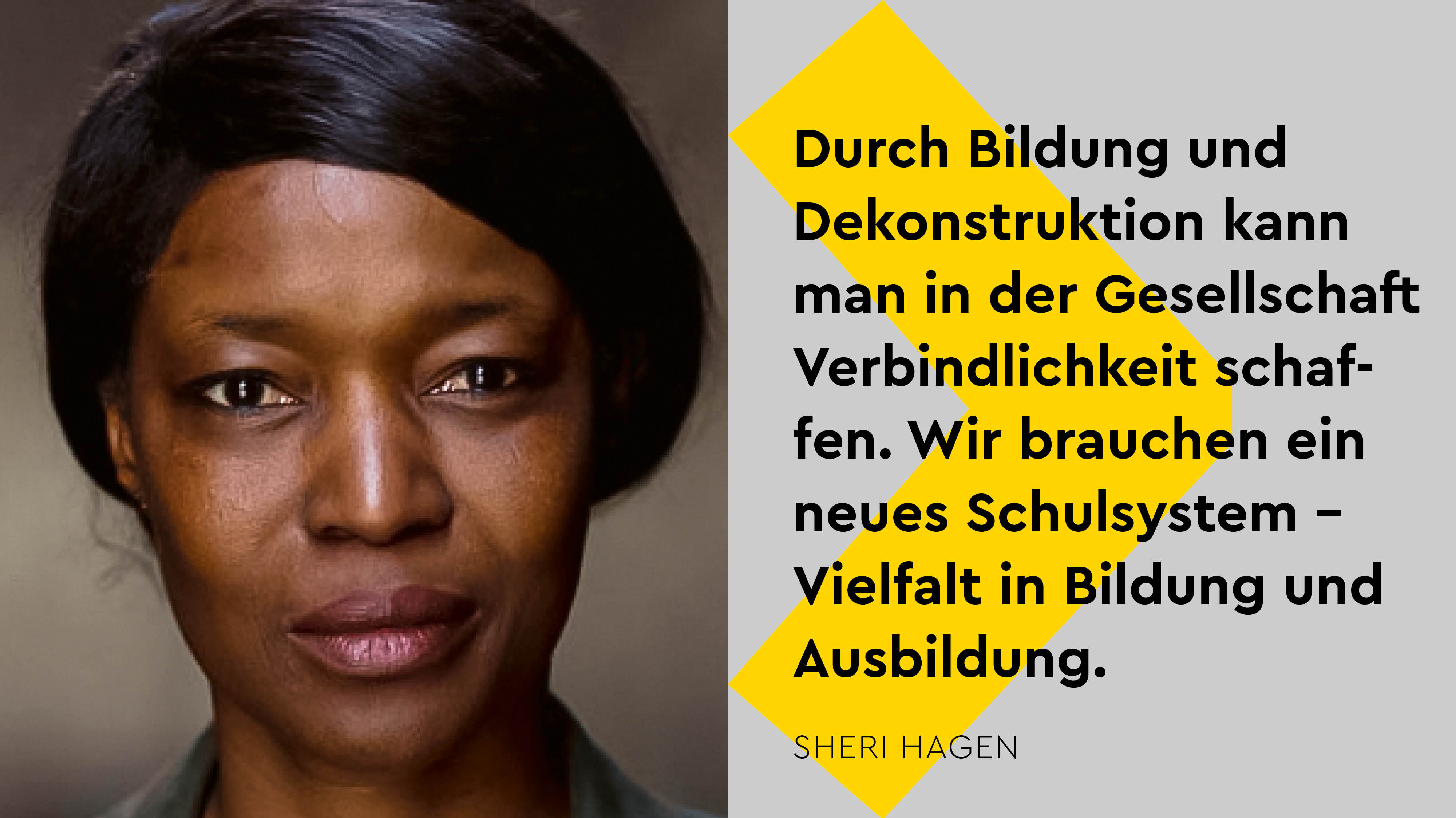 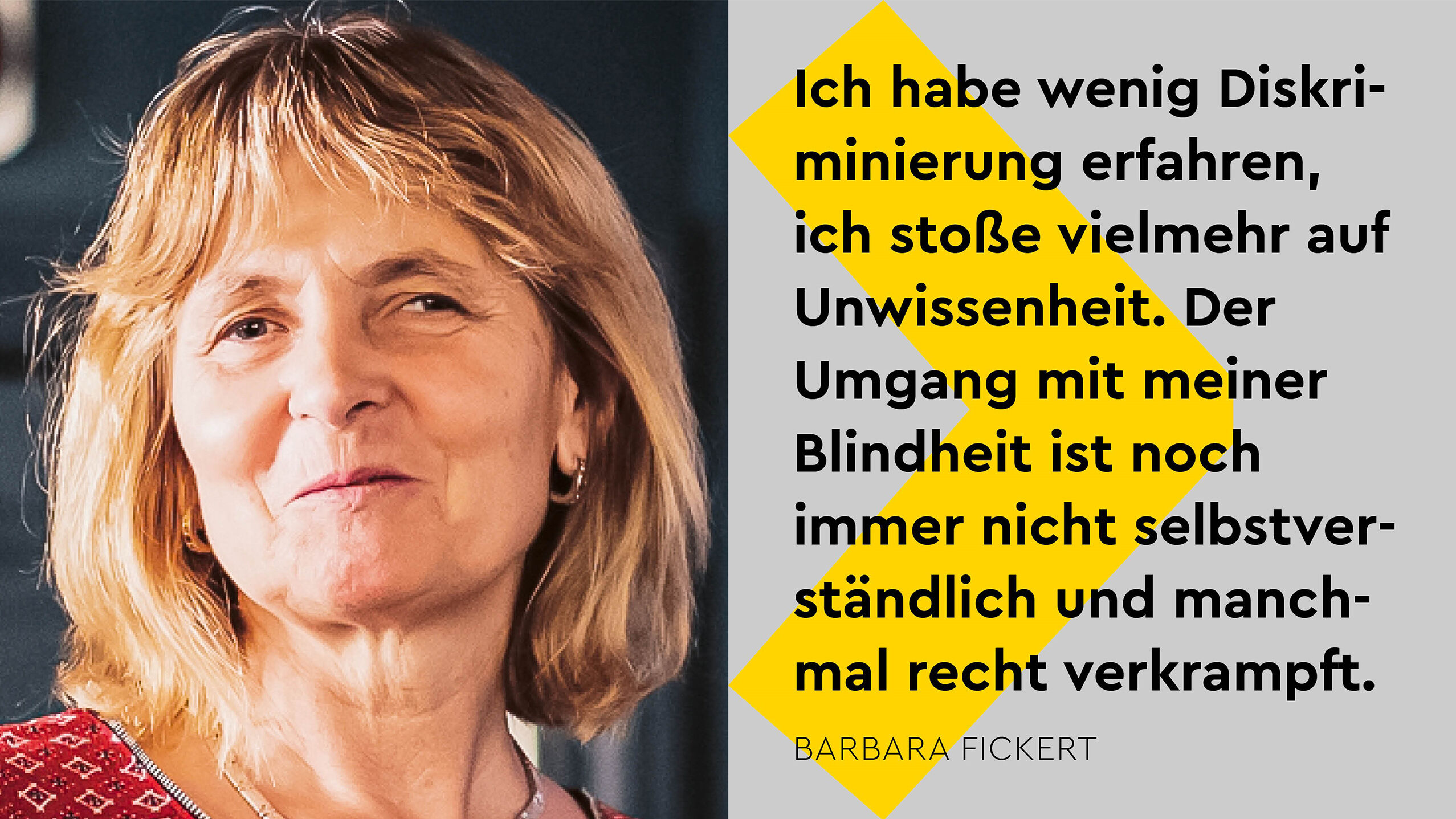 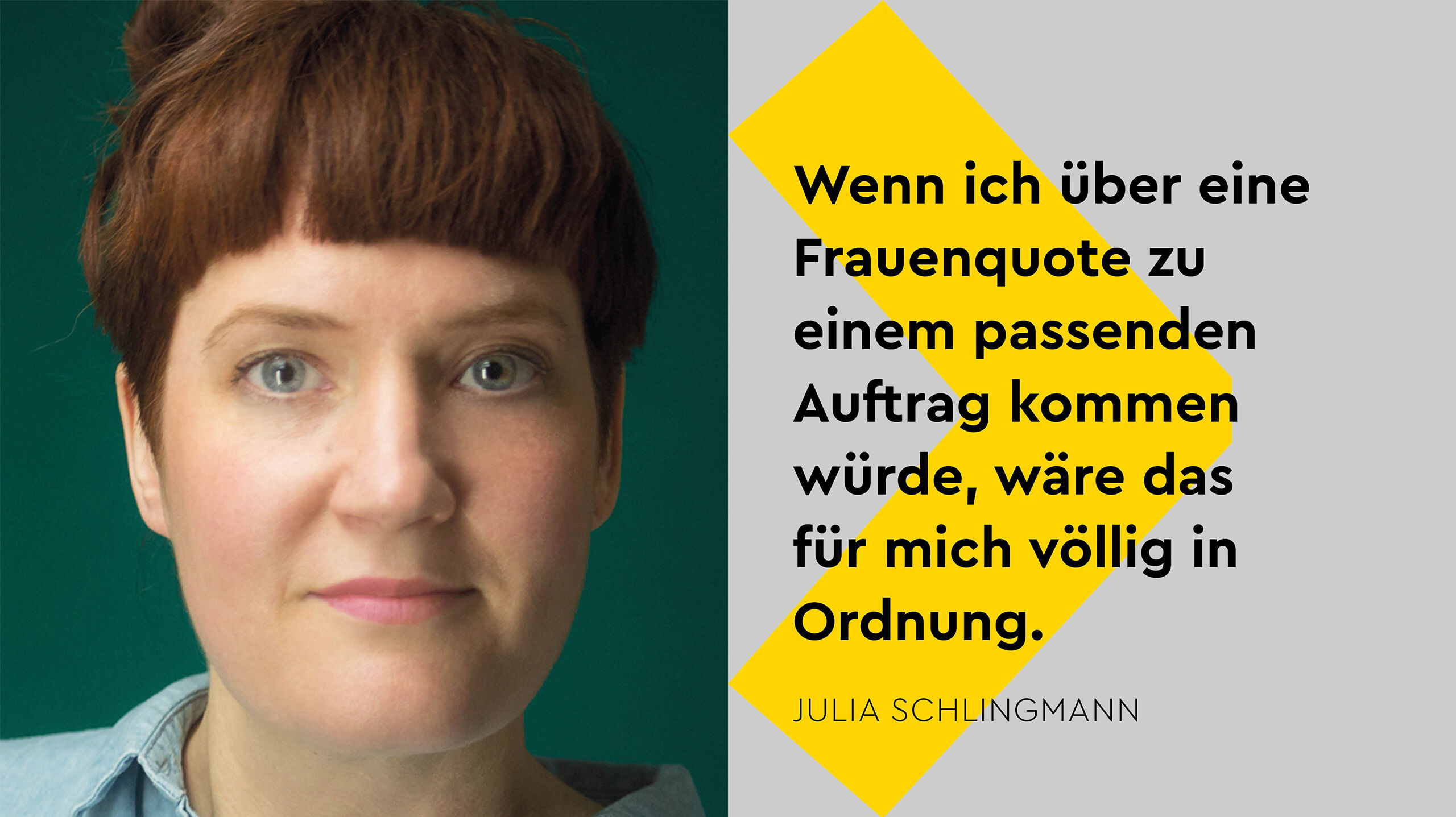 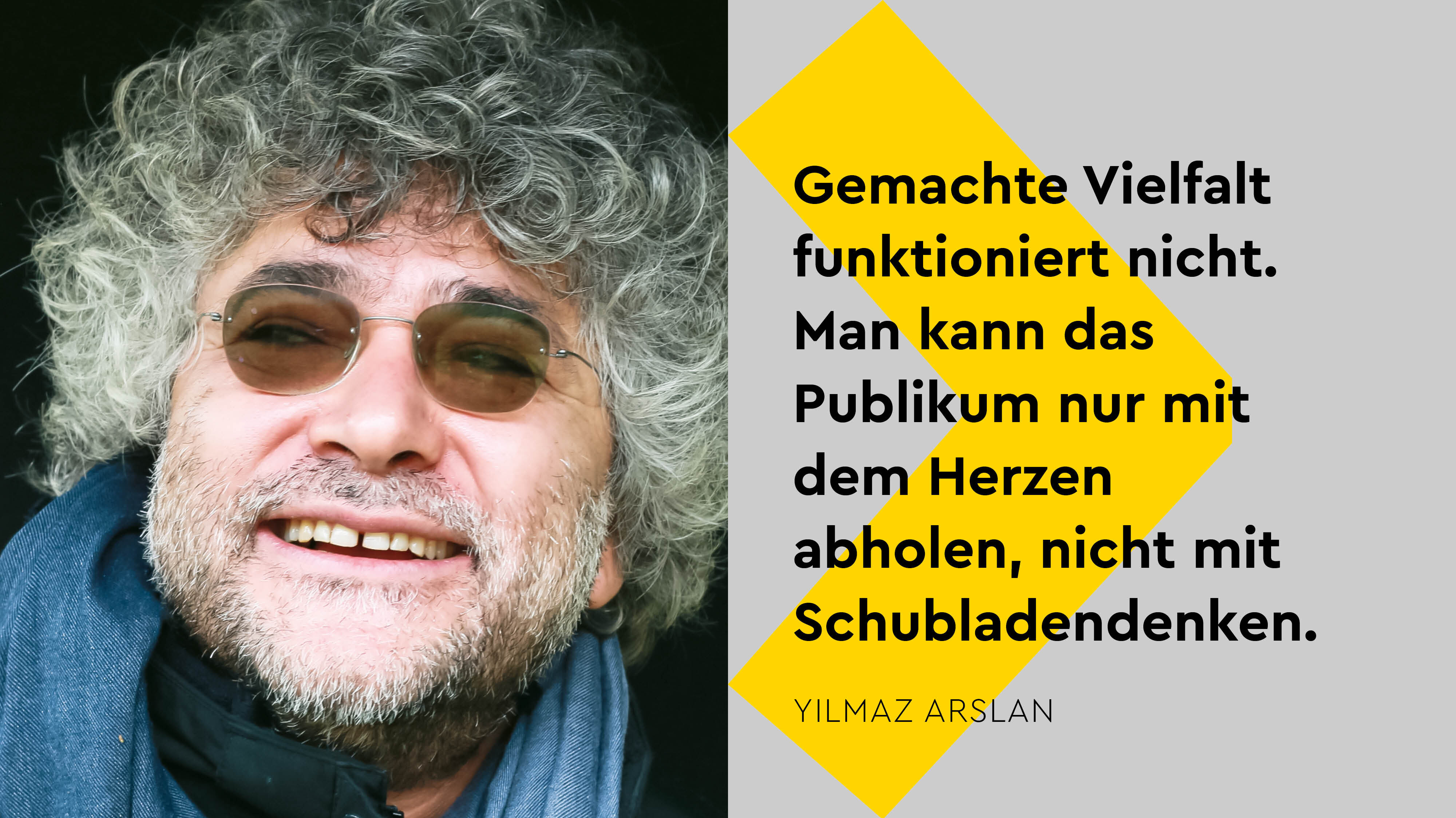